how to write character analysis in Death of a Salesman

By Outworkerpost Support  1 year, 5 months ago

In Death of a Salesman, Willy is not a likeable character. In the play, this can be proven from the life Willy lived. Biff and Happy discuss their father’s mental exhaustion and his attitude of talking to himself. He gets angry at the children all the time despite them telling him that they have plans for their future. It can be seen that Willy is not a likeable person when he gets angry with his boss just because he told him that he has to rest. His boss was acting in his best interest trying to protect the company. As a result, he lost his job. After Biff had presented his business plan Willy did not want to hear about what happened. Instead of trying to understand Biff's situation he gets angry after knowing that his proposal was declined.

Willy despite being married is caught by his own son having an affair with the receptionist. He does not take the time to iron out his issues. Willy fails to straighten things out with Biff about his affair that changes son's perception towards his father. Willy is not a good listener, which makes him less attractive as a role model to his family. Biff’s efforts to try and reconcile with Willy when he went out ended up into an argument. Biff hugs Willy with an intention of trying to get his father to accept him, but instead of Willy listening to Biff he thinks that Biff has forgiven him. Willy failed to be a good father to Biff and Happy and, as a result, he makes the mistake of killing himself thinking that it will be of benefit to Biff.

Role of the Woman in Revealing Willy’s Character

Linda suggests to Willy that he should ask for permission from his boss to work from home, this is because she believes Willy has a bad state of mind. It proves that Willy does not have a good character and his own wife is not confident about him. When the children leave their father at the restaurant, Linda complains making it look like Willy was not safe being alone away from home. Existence of Linda as the woman of the house further proves that Willy’s character is not pleasing. Linda clearly shows that he is not reliable as the man of the house. Linda supports Willy in everything that he says despite knowing what is going on.

Willy’s Attitude Towards his Sons

Willy’s attitude towards his sons proves that he is not a good father. He does not consider their dreams and potential. He wants them to be what he thinks is right instead of getting to understand their desires. When Biff tries to talk to him about his experience in making the business proposition, he does not want to hear bad news. It shows that he does not appreciate Biff's effort in trying to make a life for himself.

Miller makes use of straight-forward ways of exposition together with devices of savvy authorial in providing exposition on setting and character. The main mode is dialogue that takes place in the present time of the play. When the play begins, Willy and Linda talk about their home and its state and also touching on their financial issues (Miller, 1-2). They talk about their son which introduces his character. 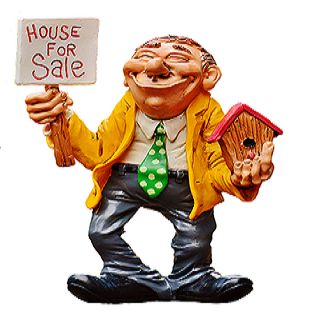 Miller introduces paramount background information through the use of flash backs and thoughts. It is evident when he starts thinking about what happened in Boston when his son caught him having an affair with the receptionist (Miller, 1-4). His thoughts are crucial to the story since they clearly explain his current relationship with his son. His flashbacks provide some light on the happenings described in the story. Willy’s affair resulted in Biff changing his views about his father.

How to Conduct SWOT Analysis for Royal National Orthopedic Hospital

What is an Aptitude Test and how to Evaluate Individual Abilities

What Traits Defines an Ethical Hero

What Roles have Women as Protesters Played