As the whole world mourns the death of a hero turned villain for his grip on power, Robert Gabriel Mugabe, here are few facts you need to know about him. Robert Mugabe was a Zimbabwean politician who served seven years as a prime minister (1980-1987) and thirty years as a president (1987-2017). Mugabe was born in Kutama which is Zimbabwe formerly known as Southern Rhodesia in the year 1924. He was ousted by a military coup in 2017 and died at the age of 95.

There is no clear evidence Robert Mugabe stands on equality for all was the main causes for his downfall. However, he was a true nationalist. Mugabe claimed that unlike Nelson Mandela, who left his people with poems, quotes and a statue, Mugabe had left his people with the land. Mugabe expressed his displeasure with xenophobia occurring in South Africa. According to him, it was only in South Africa, where illiterate villager thinks a qualified medical doctor from another African country is the reason for his unemployment. Mugabe further claimed that South Africans will kick down a dead white man statue, but won't even attempt to slap a live one yet they can stone to death a black man simply because he is a foreigner.

While as no man is born a hero, the media has been used to tarnish and paint true heroes as devils and public enemy number one. We have also been misled into believing things that are not true to be accurate, and it all depends on who is behind the keyboard. Not so long ago, the world witnessed the takedown of Iraq and Libya countries that have enjoyed peace and development. Their leaders were publicly shamed and killed like wild animals in the midst wave of violence. The long-promised freedom in these two countries paved the way for rebels and peace is just but another dream.

We have been told that both Mahatma Gandhi and Nelson Mandela are heroes and saint that liberated their people. However, going back to history books Mahatma Gandhi was a racist who referred to Africans as Kaffirs and felt that his people “the Indians” were superior to Africans the “savages.” 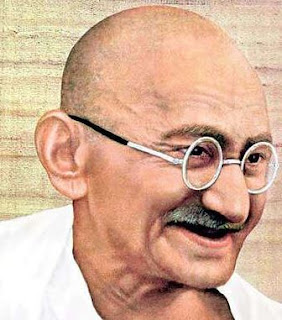 Nelson Mandela, on the other hand, is directly responsible for the economic turmoil facing his country years after his death. Mandela failed to address some key issues facing the country.  Such as the extensive racial and economic inequality that still traps the vast majority of black South Africans in poverty. Land distribution problem has also not been solved, most of the land is still in minority white hands and the question of how to compensate farmers remains a heated issue. Today South Africa is the second most unequal country in the world. Two-thirds of people live below the poverty line, and a small elite control most of the nation's wealth. 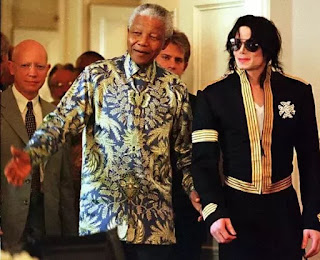 To sum up, people will believe anything the media tells them. But power corrupts even the best among men while many may refer to him as a dictator, Robert Mugabe is the unsung hero and villain in his own story. He liberated his people and gave them land but failed to empower them economically.